Ring in the New Year with Yesterday and Today!

At the end of the year we look forward to new beginnings and celebrate what is to come in the new year. Yesterday and Today and the music from The Beatles inspires us to do just that.

The Beatles-singing brothers, Billy, Ryan and Matthew McGuigan, share some of their New Year’s Eve traditions and memories, as well as what they anticipate for 2012:

Billy: To remain positive and proactive in the face of adversity! 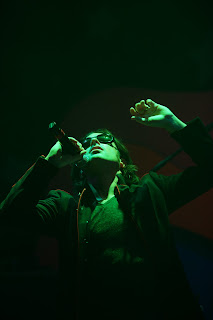 Ryan: “I’m looking forward to the Cubs winning the World Series in 2012. As far as goals or accomplishments, I would love for my band, Moses Prey, to record and release another album this year.

You throw a pretty big New Year’s Eve party. Are you surprised at how popular it has become?
Matthew: Yes and no. I would say yes, because you never really know what to expect when performing on NYE. The fact that people want to spend their time with us is awesome! I can’t think of anything I would rather do. The reason I’m not surprised, is because the love that people have for the Beatles music. I’m sure that someone in the audience has a great memory of NYE, that has a Beatles song tied to it.

Billy: I’m completely shocked by the NYE show’s success. I remember when we approached the Playhouse about trying a NYE show in 2003. It was something that the Playhouse had never tried, but with Rave On’s success that year, we decided to give it a try. It was a huge success and here we are still doing it for almost 9 years now. I do think that Yesterday and Today is more suitable for the NYE atmosphere—the requests and open format of the show lend themselves perfectly to having a unique and exciting evening. 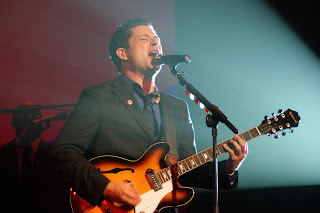 Growing up did you have any New Year’s traditions that you celebrated with your family?
Billy: Our main New Year’s Eve traditions always involved gathering around the television to watch Dick Clark live in Times Square. We would then talk about our goals and resolutions and about who would be the first to break them! Nothing too special, but a good memory nonetheless.

Do you think the show this year will be a better alternative to watching Dick Clark’s New Year’s Rockin’ Eve?
Billy: No need to sit at home and watch Ryan Seacrest tell you what’s cool to listen to or watch. We’ve got a Ryan (who’s much cooler) and I’ve got the Seacrest haircut, and at Yesterday and Today, you get to tell us what song you want to hear. 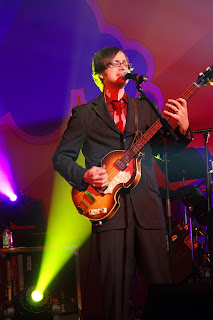 Matthew: Most definitely! We give you one of the best options for celebrating the New Year. Music, dancing, champagne. What more could you ask for?

Is there a Beatles song you can think of that best sums up what 2011 was like for you? What is your 2012 Beatles anthem?
Matthew: I would say “Getting Better” would be next years anthem. Like the song says, “it’s getting better all the time. It can’t get no worse!” Great words to live by.

Ryan: Beatles song of this year, “Here, There, and Everywhere.” Beatles anthem of 2012, “All You Need is Love.” 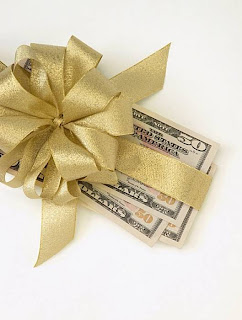 As you think about giving this holiday season, we hope you’ll consider a gift to the Omaha Community Playhouse or OCP Foundation. A gift to either entity received by December 31, 2011, will allow you to take any appropriate tax benefits for the 2011 year. A contribution might be a great way to support an organization you love, as well as offset a Roth IRA conversion or provide other tax benefits. Please consider a donation today!