It's not that the Irish are cynical. It's rather that they have a wonderful lack of respect for everything and everybody.
Brendan Behan

Being Irish, I have an abiding sense of tragedy which sustains me through temporary periods of joy.
W.B. Yeats

Marie Jones' play "Stones In His Pockets" is filled with comedic insights that are intimately tied to language, and that bring us repeated laughs of the belly shaking variety. This type of humor is characteristic of the Irish. What a treat it is to watch how the characters of a small Irish village react as a large Hollywood movie arrives to shoot their epic, historical drama "on location". At the same time we witness the drama of a rural village and a countryside that can no longer escape the changes that are being pressed upon it by the modern world. It is this combination of comedy and pathos that is the most powerful attraction of "Stones".

Then there is the performance: the play is a tour de force for two actors, who portray all of the characters in the story, shifting rapidly from one character to the next without ever leaving the stage. Most of the time they do this without the help of make up or costume changes. It is a fantastic feat of acting that, if done properly, will leave the audience moved and amazed. Luckily, this production has two of the area's finest actors, Nils Haaland and Nick Zadina. Nils has graced many of the area's stages over the last twenty years, including playing Charles Starkweather here at the Playhouse, as well as Ebenezer Scrooge on the Playhouse's Midwest tour of "A Christmas Carol". Nick is also no stranger to Omaha audiences having worked on almost every stage in town over the last fifteen years, including his multiple award winning performance last year as Charlotte von Mahlsdorf in "I Am My Own Wife." When you combine actors of this caliber with a great comedy that is also powerful drama, you have an evening of must see theater.

The Cocoanuts opens September 12 and runs through October 12, 2008. Below are photos of costumes-in-progress for the Underwater Fantasy Scene. Costumer Lynne Ridge is the mastermind behind these creations which will be maneuvered on stage by actors. 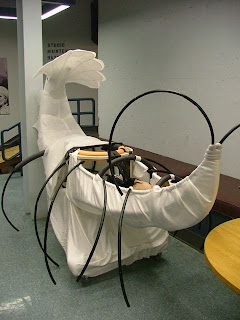 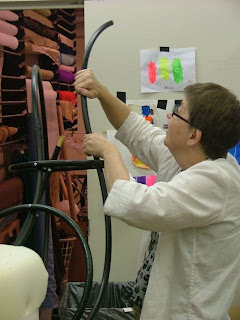 The Seahorse- note the color palette in the background 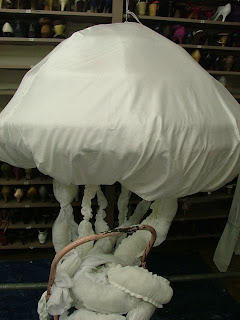 A few silly behind-the-scenes snapshots at the recent promotional photoshoot for The Cocoanuts. Photos by Andrew Marinkovich of Malone and Co 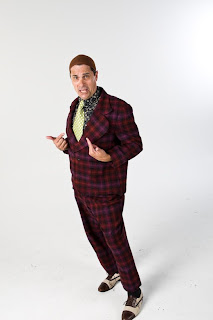 "You Talkin' To Me?"
Gordon Krentz, who plays "Willy The Shill," without his "Chico Marx" wig. 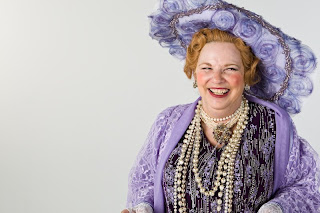 Posted by Omaha Community Playhouse at Wednesday, August 27, 2008 No comments:

This is one of the most beautiful, most intricate plays I’ve ever had the privilege to explore. Lynn Nottage’s INTIMATE APPAREL examines the basic human desire for intimacy and love; the need to be touched; the need to connect with that someone who sees us for our own intrinsic value. Ms. Nottage tells a compelling page-turner of a story, full of pride and dignity, with a sense of the continuity of African-Americans from 1905 to today, and with a deep understanding of the struggles of all women that continue into this century.

Here are a few quotes from INTIMATE APPAREL, with comments by the playwright herself, Lynn Nottage:

Esther: It was as though God kissed my hands when I first pulled the fabric through the sewing machine and held up a finished garment. I discovered all I need in these fingers.

“The play was inspired by my great-grandmother, Ethel Boyce, who arrived alone in New York City in 1902. She was an amazing seamstress who specialized in intimate apparel for women. Plain and deeply religious, it was believed by her seven younger sisters that she would never marry. But, despite the family predictions, she began corresponding with a man in Panama who had seen a portrait of Ethel hanging above her uncle’s bunk. That man was to become my great-grandfather, George Armstrong, who left us nothing but a few fragmented tales of the hardship of working on the Panama Canal. He died prematurely when he was hit by a stone while proselytizing on a speaker’s corner. The story may be apocryphal, but it’s what I’ve come to embrace as the truth.”

Esther: Do you think there’s something wrong with a woman alone?

“The women in the play are bound by circumstance; they’ve all been imprisoned in some way by society’s limited expectations. In 1905, the suffragette movement was in its infancy, and the average American man did not view women as his equal. The women in the play, while they may not be able to fully give voice to their frustrations, understand on some basic level that they share a common struggle. But there also remains a racial and social gulf that divides them.”

Mr. Marks (A Romanian Orthodox Jew): I just made tea, would you have a cup of tea with me?
Esther (An African American Christian woman): Thank you, that would be nice.

“The play is set during a period when class, race and social mores erected such insurmountable barriers, that even the most unadorned of emotions were impossible to express freely. Remember, the language of emotions that has evolved from a hundred years of a culture of psychology did not exist for Esther or Mr. Marks. So they communicated through subtle gestures. How does one who’s bound by tradition break tradition? And what does that do to one’s understanding of the world? This is one of the dilemmas that both Esther and Mr.Marks face.”

I am interested and excited for you to experience this play. Just like Esther’s crazy quilt with its varied colors, textures and patterns – there may be specific pieces and patches of the performance that speak to you; that may conjure a memory or create an unexpected yearning. Please, take it with you.

All photos taken by Andrew Marinkovich of Malone and Co. 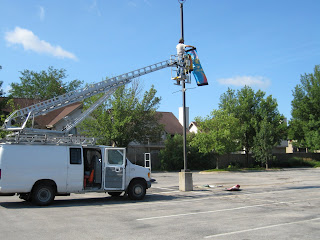 Omaha Neon today hung the 2008-2009 season show banners in the Storz Foundation Parking Plaza.
We're still deciding what to do with last season's banners. If you have any ideas, please let us know!
The project is funded by the generosity of The Robert H. Storz Foundation.
Posted by Omaha Community Playhouse at Tuesday, August 12, 2008 1 comment:

All photos taken by Andrew Marinkovich of Malone and Co. 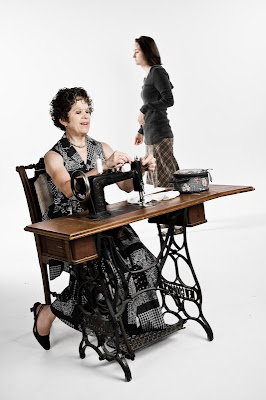 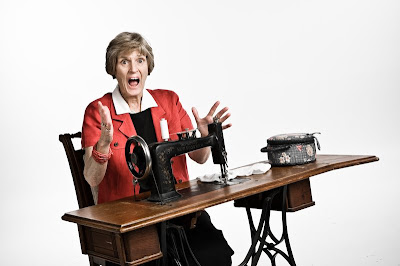 Director of Marketing and Public Relations, Betsye Paragas, isn't quite as patient as Susie. 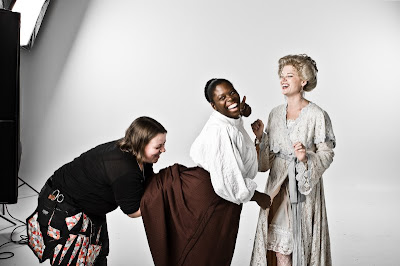 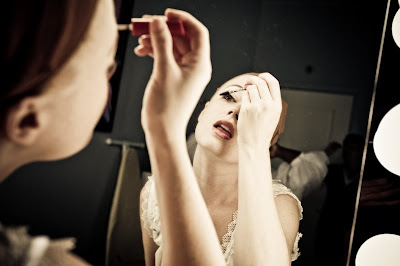 Kirstin Kluver gets ready for the shoot.

Posted by Omaha Community Playhouse at Saturday, August 09, 2008 No comments: