Q&A with Maddie Smith of James and the Giant Peach

We asked Maddie Smith, who plays the role of James Trotter in James and the Giant Peach, a few questions as she prepares to open this magical show.


Q. What other shows have you appeared in at Omaha Community Playhouse?


Q. This is your first lead role - how different has that been for you?

A. It's been a lot of fun - a really great experience. It's a lot of work being there at every rehearsal, but I love being at the Playhouse, so getting to be there every night is great. It is very different from other roles I've played because I am in a lot more scenes. I also know that I have been given a big opportunity and there is quite a bit of responsibility being the lead. I really want to play James as best I can. I love the character - he is afraid and lonely, but very brave at the same time. He takes chances and believes that things should be better than they are for him. It's just such a wonderful story and I am lucky to work with the most amazing people.


Q. What is your favorite part of James and the Giant Peach?

A. That's a hard question! I would say the song "Middle of the Moment" because this is when James comes out of his shell and he realizes he has the power to control his own life and the ability to take care of himself. Even though that is scary and hard and he can't predict what will happen, he can do anything and his life will be better than it is with his aunts.


Q. What is your favorite play or musical?

A. That is the hardest question to answer. My favorite radio channel to listen to in the car is the Broadway channel. I love musical theatre. I've been so lucky to have seen quite a few Broadway shows such as Kinky Boots, The Lion King, Waitress, Into the Woods and Dear Evan Hansen. I love Hamilton (which I got to see in Chicago) and Dear Evan Hansen most of all... and of course, James and the Giant Peach!


Don't miss Maddie and the rest of the cast in James and the Giant Peach running March 2 - 25, 2018 in OCP's Hawks Mainstage Theatre. Ticket information here.

Posted by Omaha Community Playhouse at Thursday, February 22, 2018 No comments:

Parade is a musical based on true events. That fact alone makes the production instantly more intriguing, however, it may leave audience members wondering, "what historical aspects were left out?"

If you've already seen Parade and are desperate to learn more or you want some preliminary information before the show, there are plenty of sources to consume.

For a quick, ground level understanding of Leo Frank and the trial, start here.

The People vs. Leo Frank

This PBS documentary from 2009 combines interviews and actor portrayals using dialogue pulled directly from historical records. The film in its entirety can be found here.

The Murder of Mary Phagan

This two part mini series from 1988 stars Jack Lemmon as Governor Slaton and Peter Gallagher as Leo Frank. Parade director Jeff Horger called it "more of a heightened dramatization than a historical portrayal," but said it was a helpful reference regarding the group scenes that take place within this world.

Books Recommended by the Director

For those looking to take a deep dive into all the gritty details that didn't make it to screen or stage.

And the Dead Shall Rise: The Murder of Mary Phagan and the Lynching of Leo Frank

An Unspeakable Crime: The Prosecution and Persecution of Leo Frank

Posted by Omaha Community Playhouse at Thursday, February 15, 2018 No comments:

Parade Costumes: From Sketches to the Stage 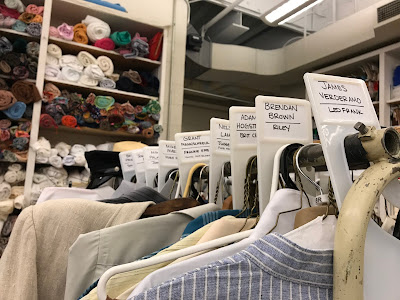 Costume designer Lindsay Pape officially join the Omaha Community Playhouse staff as resident costume designer in the Fall of 2017 and hit the ground running with Stupid F@#%ing Bird. She now takes on a completely different production, the historical musical Parade. Set in Georgia in 1913, Parade dramatizes the real trial of Jewish businessman Leo Frank for the alleged murder of young Mary Phagan.

The most important thing to remember when working on costumes for a show like this? Lindsay says they will be inspired by the time period, but not exact historical recreations. They must suggest the time of the show but be flexible for the needs of performers. 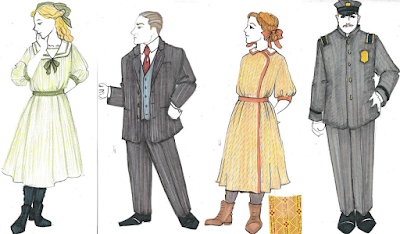 Lindsay was kind enough to offer some additional commentary on the designing process for this show: 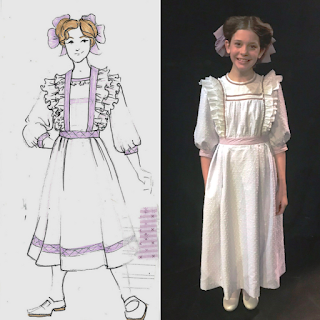 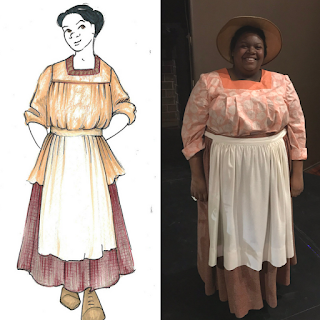 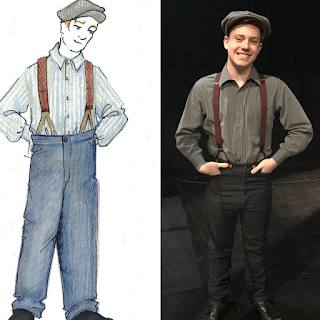 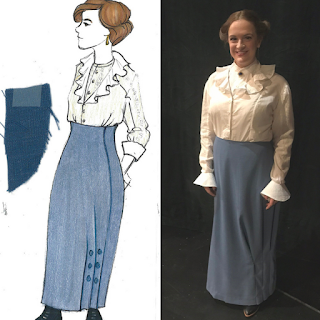 Posted by Omaha Community Playhouse at Tuesday, February 06, 2018 No comments: