What is a typical work day like for you? For John Gruber, it’s a circus. Literally. Gruber is the General Stage Manager for Cirque du Soleil’s Zumanity at New York-New York Hotel and Casino in Las Vegas, NV. Zumanity, dubbed ‘the sensual side of Cirque’, is a cabaret-style provocative production filled with amazing acrobatics, stellar musical performances and enough nudity to make your mother blush. But what do you expect? It’s Vegas! 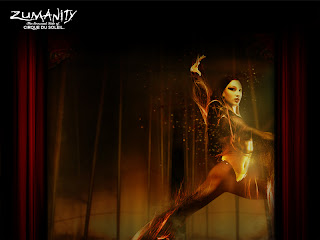 How did Gruber land this seemingly perfect job? He worked diligently along a career path that ultimately began at the Omaha Community Playhouse (OCP). After graduating high school, Gruber joined the Apprenticeship Program at OCP and was the first apprentice to ever go on tour with the Nebraska Theatre Caravan. While on tour with the Caravan, he worked on shows such as A Christmas Carol, The Ice Wolf, Forever Plaid and Romeo and Juliet. In addition to the Caravan shows, Gruber also worked on an array of Mainstage shows at OCP, the first and probably most influential for him was La Cage Aux Folles. 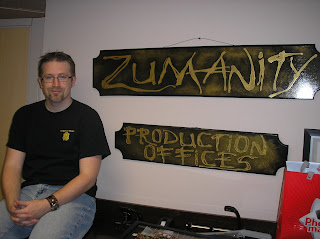 Gruber’s time at OCP served as a networking launching pad for him. After graduating from the apprenticeship program and a brief stint at the University of Nebraska at Kearney, Gruber enrolled at the University of Nebraska at Omaha (UNO) majoring in Carpentry and minoring in Sound and Electrics. While at UNO, he began stage managing and found his true theatre passion. He even received the United States Institute for Theatre Technology Young Designer and Technician Stage Managing Award.

In addition to the technical skills Gruber learned in the OCP Apprenticeship program, he developed a strong work ethic and most importantly learned to always put his best foot forward. “Every time you go to work you need to make sure your doing the best job possible because today’s day of work is tomorrow’s interview,” said Gruber—a philosophy he views as vital to the earlier theatre jobs that launched his career. 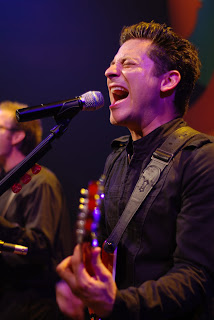 Do you have plans for New Year's Eve? Spend it at the Omaha Community Playhouse rocking to The Beatles! On Friday, Dec. 31, there will be two special New Year's Eve performances of Yesterday and Today, the all-request, audience interactive Beatles experience.

Complimentary champagne punch and cake served prior to each performance with a champagne toast at midnight! 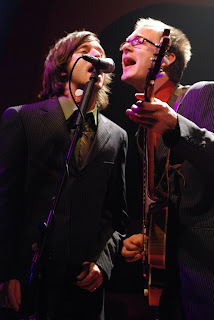 Every Yesterday and Today show is different. Audience members have the chance to request Beatles songs before the show and at intermission and include their special memory or dedication with their request. The McGuigan brothers and their backing band play the songs and have audience members on their feet dancing by the time the show is over.

For tickets to these special New Year's Eve performances or other Yesterday and Today performances, call (402) 553-0800.
Posted by Omaha Community Playhouse at Tuesday, December 14, 2010 No comments:

Wednesday, Jan. 5
7:30 p.m.
Omaha Community Playhouse
Howard Drew Theatre
Free and open to the public, with an opportunity for donations. No tickets or reservations are necessary.


We’ve got a piano, an accompanist and a microphone. You’ve got a burning desire to perform at the Playhouse. This is the night when all your Broadway dreams will come true…

21 & Over was conceptualized by OCP’s new Resident Director Amy Lane to introduce a new type of production and, in turn, a new audience to the Omaha Community Playhouse. “This program is designed to target both a younger and more diverse audience base,” said Lane. “It also provides practical training for interns, and it challenges the Playhouse artistically in expanding a theatrical vocabulary to include edgier and more contemporary works.”

The 21 & Over productions are intended for a mature audience and discretion is advised. For more information on 21 & Over and other OCP alternative programs, contact Amy Lane, Resident Director, at alane@omahaplayhouse.com or (402) 553-4890, ext. 164.
Posted by Katie at Monday, December 06, 2010 No comments:

Interview with Billy McGuigan on Family, Influences and John Lennon

Yesterday and Today, an interactive Beatles experience, returns to the Omaha Community Playhouse this year with a special focus on remembering John Lennon. On December 9, a special production in the month-long run of Yesterday and Today will be dedicated to Lennon, falling on the day after the 30th anniversary of his assassination. Billy McGuigan, the front man of the show, reflects on the influences of John Lennon in his own life and in pop culture. 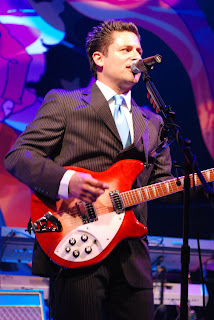 Rewind to December 8, 1980. Were you alive then? What were you doing when you found out about John Lennon’s death? Billy was a mere five years old, yet he can recall that day very clearly. His father, a huge fan of The Beatles, woke him up one morning with tears in his eyes. He remembers his father trying to explain the significance of what had happened, but in his childhood he could not acknowledge it. Billy described that this experience to his father was similar to losing a family member. His family was quite poor, but his father owned every album of The Beatles, and for entertainment the family would stay at home and sing and play Beatles songs. Years later, when Billy’s father passed away, Billy and his two brothers, Ryan and Matthew, decided they would create a Beatles tribute show in memory of their father’s love of The Beatles. Yesterday and Today was born. 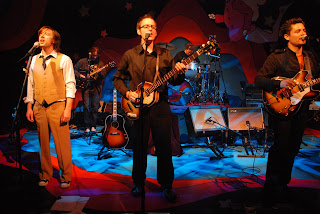 Lennon undoubtedly made a big impact on Billy; in fact, he said that Lennon’s influence was like that of a parent to him, musically and in his career. Billy has always been the “John” guy of his brothers, as they all found that they could relate to a certain member of the band. He especially appreciated Lennon’s fight against the status quo and his lyrical style, identifying “Come Together” as his favorite Beatles song. Billy is reading Lennon’s biography at the moment, and explained that Lennon was the first pop star who did not want to be a pop star. He said Lennon fought for peace in a time period in which it was not the cool thing to do. Lennon’s political activism defined him, and his influences can be found throughout the music world.

Billy loves that The Beatles are on iTunes now, and thinks this digital edition of classic Beatles music will be a great update to those who love The Beatles. He is even passing The Beatles tradition to his kids, as he named his daughter Cartney after Paul McCartney. He proudly mentioned that his 2-year-old son knows around one hundred Beatles songs already. Ryan and Matthew have also spread The Beatles tradition to their children: Ryan’s son is named Harrison and Matthew’s newborn son as of October is named Lennon. 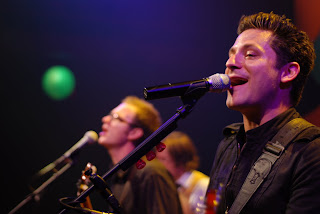 Yesterday and Today is an entertaining and interactive show in which the audience members get to choose the songs they hear. With each request, audience members are encouraged to share their memories, stories and dedications. At the beginning of each song, Billy and his brothers announce the diverse requests, incorporating the audience members into the show and guaranteeing that every performance is unique. 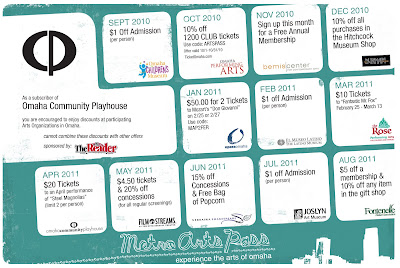 Enjoy the arts with a Metro Arts Pass! If you are a season subscriber to the Playhouse, in the month of December, you can receive 10% off all purchases in the Hitchcock Museum Shop at the Durham Museum.

As your thoughts turn to giving this holiday season, we hope the Omaha Community Playhouse (OCP) is on your list! It’s the generosity of donors that helps fill the gap between ticket sales and the cost of our productions and programs. There are a number of wonderful ways to make a financial contribution this season: 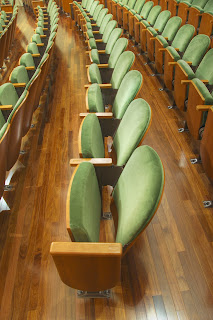 All gifts received by December 31, 2010, will allow you to take any appropriate tax benefits for the 2010 year. A donation to the Playhouse might be a great way to support an organization you love as well as offset a Roth IRA conversion or provide other tax benefits.  Please consider a donation today! For more information, contact the Development Director at (402) 553-4890, ext. 127 or afurlong@omahaplayhouse.com.
Posted by Katie at Thursday, December 02, 2010 No comments: