A Q&A with the cast of Dear Jack, Dear Louise

A Q&A with the cast of Dear Jack, Dear Louise

Q. What is Dear Jack, Dear Louise about?

SS. Dear Jack, Dear Louise is a love story told through the time-treasured medium of letters. Based on the real-life letters written by the playwright’s parents, it is a heartwarming show about two people who found their person and persevered across all odds to be with them.

Q. Describe Jack. What do you find most interesting about him?

JP. Jack is a rather shy and awkward individual, which is quiet the contrast from Louise who is very vibrant and bubbly.  At first their conversations start with him being a little more reserved and very much reluctant to give out a lot of information in his personal life.  As the play progresses, however, Jack begins to open up and we see that he’s pretty charming and has a very good heart.  I definitely admire Jack’s courage in this show.  We learn very early on in the play that Jack has many reservations about the war, but he has a strong sense of duty to his country and his patients that he watches over.  He admits to being scared about what he has to do more than once but he just doesn’t quit.

Q. Describe Louise. What do you find most interesting about her?

SS. Louise does not fit into any box you could try to put her in. She’s sweet, she’s brash, she loves people, she’s very funny, and she’s courageous. I think that’s the one that sticks out the most to me. She opens her heart to this boy on the other end of these letters before ever meeting him or even seeing his face, this boy who is an army doctor during one of the worst wars in history. Throughout all the training and the battles and the terrible things Jack is going through, she is there to listen to him. She is in such a helpless position when it comes to all the things Jack is dealing with, and yet she doesn’t give up. There is a specific type of courage people had to have on the home front, and boy, did she have it in spades.

Q. What aspect of Louise do you relate to most?

SS. I like to think we are both equally funny, but that may be optimistic on my part. She’s an actress, and being an actress myself, I can of course relate to the auditions that go south and the ones that go well, but especially the desire to share what happens with others. She has no qualms with telling Jack everything, often in the most dramatic way possible, and my roommates from college will probably tell you that I have much the same tendency. Louise is also a dancer, a very good dancer, and while I am not a very good dancer, I do enjoy occasionally boogie-ing down, particularly at weddings or on slow Saturday mornings. (Again, my roommates will tell you – when Sarah asks for a dance party, it’s best to quickly pick a spot and stay there, because she needs the whole floor.)

Q. What aspect of Jack do you relate to most?

JP. Easy.  I’m shy and awkward.  Just know that if I come across as that in the show, I’m not acting much.

Q. What is your favorite line in the show?

JP. There is a monologue in the show where Jack talks about one of his personal heroes that just really hits me every time.  Jack doesn’t consider himself to be much of a reader or an intellectual but in that monologue, he truly bears a piece of his soul and the audience gets a glimpse into what inspires him.  It’s beautiful. Also, these aren’t my lines but anytime that Louise attempts to “curse”… it’s just adorable.

SS. Can I say every line? The show is just so doggone cute it’s impossible to pick a favorite!

Q. What has been the most challenging part of this production?

JP. In this show, we are telling a heartwarming and funny love story.  Having said that though, I portray a military doctor who goes through literal Hell.  In addition to tending to the wounded from battles on the Pacific, Jack also takes part in the events of D-Day.  If you know or have read anything about the nightmarish battles of WWII, the events of D-Day usually top the  list of being the most horrific.  6,000 men died in the first day alone.  Getting in that mind set every night and making sure that I present it in a way that honors and respects those brave men has been quite the challenge.  And doing that within the context of a love story, where the two individuals in love don’t technically interact with each other except by letter, just kicks up the challenge even higher.

SS. There’s a really wide emotional range throughout the show. I’ve never played a character that goes through what might be every single emotion there is, but Louise pretty much does, and that is a challenge. It’s a big challenge! It leaves you exhausted in the best way by the end of the show.

Q. What has been the most rewarding part of this production?

SS. Can I say everything? Even though the wide emotional range is a challenge, it is so rewarding. I do a lot of things in this show I’ve never had to do before, so there has been a lot of growth for me as an actress. Louise is a dream role for me – I couldn’t have written a part I would want to play more if I tried – and I am still somewhat in shock that I get to tell this story every night. But also, this is my first production at OCP! So being able to meet and work with Susie (Director) and Anna (Assistant Director) and Josh (Jack) and Paige (Stage Manager) and the amazing technical staff has been wonderful. They welcomed me with open arms, and I am just so grateful for this opportunity.

JP. The production team for this show is absolutely incredible.  Each day I walk into rehearsal everyone is committed to giving it their all and I couldn’t ask for a more enthusiastic and professional atmosphere. On top of that my costar, Sarah (Louise), is stupid talented and establishing the relationship between these two characters has been so easy because of how committed she is to her work.  The only frustrating part of the process is that I don’t actually get to see all of her performance because Jack and Louise never look at each other!

Q. What can audiences expect from Dear Jack, Dear Louise?

SS. To use the tissues they brought with them! You will laugh, you will cry, and you will love being immersed in the early 1940s. Also, there’s something so special and fresh about the staging of this play; it is something surprisingly beautiful for the time we are in right now. There is something so relatable to the relationship these two built while they were far away from each other, and considering the last year and a half what we’ve all had to experience, I think that will be the unexpected part of this production that people will be able to relate to. As much as war changes things and as much as the pandemic changed things, it can’t conquer the human spirit, and it can’t conquer love.

JP. Audiences can expect a heartwarming love story that will resonate with everyone.  While this show may play to a very specific time period, its focus on human connection and the lengths we would go to hold on to those precious relationships in our lives is something everyone can relate to.  And I’m quite sure that everyone who sees this will have at least one family member or loved one who has fond memories of this time period. I was born in the 80’s but still I’m struck with nostalgia just remembering the stories my grandpa has told about his time in the army during WWII.

Posted by Omaha Community Playhouse at Friday, August 20, 2021 No comments: 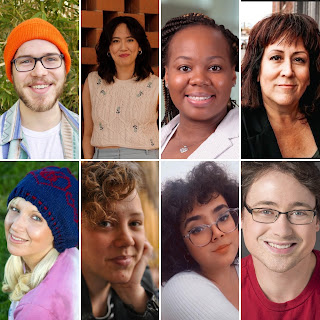 The OCP Directing Fellowship was established in an effort to support the development of future Omaha directors. It provides early and mid-career directors the opportunity to develop their skills by assistant directing a regular season show.

Congratulations to the 2021/22 OCP Directing Fellows!

Posted by Omaha Community Playhouse at Thursday, August 19, 2021 No comments:

OCP announces the cast of The Mystery of Irma Vep

Congratulations to the cast of The Mystery of Irma Vep! 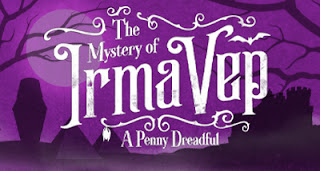 Actors Ben Beck and Anna Perilo will each play a variety of roles, in this campy, quick-change tour-de-force!

Runs October 8 - November 7, 2021 in the Howard Drew Theatre! Tickets go on sale to the public on Tuesday, August 17.

Posted by Omaha Community Playhouse at Friday, August 13, 2021 No comments:

OCP announces the cast of Murder on the Orient Express

Congratulations to the cast of Murder on the Orient Express! 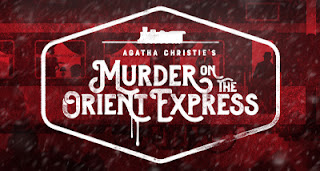 Posted by Omaha Community Playhouse at Monday, August 09, 2021 No comments: